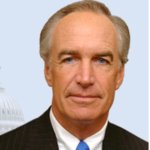 This straightforward handbook will rally the ecological power of private landowners. By clarifying multiple confusing laws, amendments and regulations, it spreads a map for landowners and advocates to travel together. As a guide to new progress, Lowell Baier’s Saving Species on Private Lands is a welcome hope. 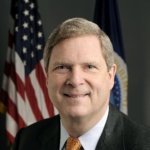 This book takes on the complex issues of how landowners can conserve wildlife, access public and private support for doing so, and avoid regulation under the Endangered Species Act. This practical, well-organized book is a valuable resource for landowners, partner organizations, government officials, students and policymakers alike. 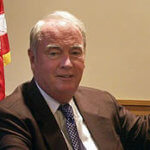 This book demystifies the Endangered Species Act, explains how it affects private land and provides landowners with the knowledge they need to navigate it and thrive. 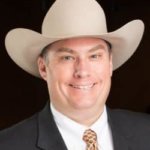 Ranchers are perhaps our most important resource for the conservation of wildlife. Saving Species on Private Lands arms these conservationists with critical information to aid them in securing the technical assistance, regulatory assurances and financial incentives necessary to navigate the Endangered Species Act. These tools can help ranchers continue to provide the large, unbroken landscapes needed for healthy wildlife populations. 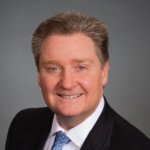 Home builders and developers face daunting ESA rules and regulations. Lowell Baier’s book demystifies the Endangered Species Act and provides a well-structured guide for private landowners who want to enjoy their property rights while making a difference through wildlife conservation.

Greg Ugalde
2019 Chairman of the Board, National Association of Home Builders 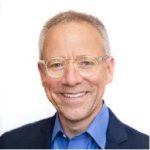 This book is an important resource to those who want to protect birds and the places they need while also managing their land without sacrificing profits. Ranchers, farmers and even people who just have a large piece of property will find something in here, like how to tap into government incentives, find conservation partners or navigate compliance with federal laws like the Endangered Species Act. A great new tool for all landowners. 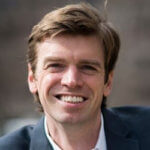 At a time when more than one-third of all U.S. species are at heightened risk of extinction, incentivizing habitat restoration on private lands has never been more important. That’s easy to say, but incredibly hard to do. Thankfully, Lowell Baier has charted a clear path forward that will unleash the collaborative conservation desperately needed to recover the full diversity of fish, wildlife and plants for future generations. 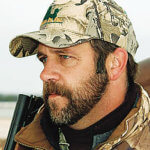 Saving Species on Private Lands: Unlocking Incentives to Conserve Wildlife and Their Habitats is an essential read for those who value wildlife and its habitat. Private landowners provide the majority of wildlife habitat for our nation’s wildlife and this book provides a practical approach for sailing through the rocky shoals of federal law and regulations. It’s a powerful guide for landowners to achieve both their economic and wildlife conservation goals. 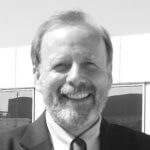 Private lands provide an incredibly rich and vibrant tapestry of habitats, across our nation, that serve as home to tens of thousands of at-risk species, ranging from invertebrates to plants, from birds to mammals. Private landowners can make a serious conservation difference through voluntary, planned management actions in concert with, and supported by, myriad state, federal, and non-governmental partners. Lowell Baier is a preeminent, indefatigable legal scholar of conservation and endangered species, and I can think of no better person to provide such a timely and important resource as Saving Species on Private Lands. 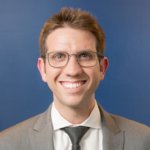 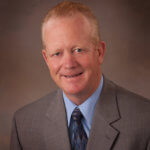 Today, a new conservation paradigm is sweeping across America. Federal, state, local government agencies, foundations, non-profits and willing landowners are joining together to find win-win solutions that keep working lands productive and American workers employed while conserving more of our habitat and wildlife than ever before. This book explains how and why they work, and how they can be put to work by landowners across the nation. I recommend this as a must-read for private landowners desiring to successfully navigate the ESA! 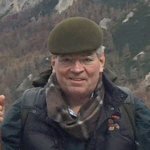 In Saving Species on Private Lands, Lowell Baier provides a roadmap for voluntary conservation by private landowners to help endangered, threatened and at-risk species. This book explains how existing financial and regulatory incentives for landowners can make a difference – for the good of both people and the environment.

Marc A. Brinkmeyer
Chairman of the Board, Idaho Forest Group 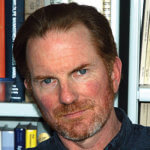 Aldo Leopold wrote, in the 1930 American Game Policy, that we must recognize the landowner as the custodian of wildlife, and that only the landowner can practice management efficiently. Yet, in spite of broad acceptance of this principle, there has not been a comprehensive guide as to how landowners can become wildlife stewards and use their lands for personal enjoyment and profit at the same time. The need for such guidance has become critical, with expanding legions of at-risk wildlife species, most of which are on private lands.

Lowell Baier, one of the most respected conservationists in the nation, has stepped forward once again to take a pressing issue head-on. He has produced a remarkable book that should be read by all in the conservation institution, from academics to wildlife managers, industrialists to the small landholder. This splendidly written, exhaustively referenced work is the most thorough and clear treatment of the 1973 Endangered Species Act as it relates to private lands I have read, and his comprehensive guidance on programs and tools available to landowners should contribute most significantly in efforts to incentivize private land conservation. 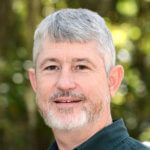 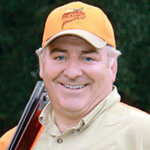 America’s private lands represent the future for wildlife conservation. Healthy agricultural landscapes conserve wildlife by focusing on habitats they depend upon while benefiting all of society through environmental services. Saving Species on Private Lands: Unlocking Incentives to Conserve Wildlife and Their Habitats will serve as a keystone resource for farmers, ranchers and all landowners interested in wildlife conservation, at-risk and endangered species, and healthy sustainable landscapes for future generations. 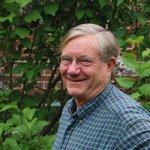 Saving Species on Private Lands is a very important book for conservation in America for the 21st century. For over 45 years, since its passage by Congress in 1973, the Endangered Species Act has been primarily the province of federal and state wildlife agencies for implementation of conservation strategies. As a result, not much progress has been made on species recovery. This is not surprising, since 80 percent of endangered species habitat nationwide is on private lands, and public agencies have largely ignored private landowners for decades.

Progress on species recovery will only be made by encouraging the stewardship by private landowners on a scalable basis. This core constituency of 13 million Americans is the key to species recovery in America. Lowell Baier’s book is a major contribution to breaking through this barrier to engage and encourage private landowners to participate in species recovery. I encourage any landowner hosting endangered species or having species in the vicinity of their properties to read this important book. It will advance the conservation cause in America more than any and all environmental advocacies. 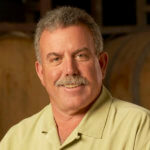 Wildlife conservation in America is at a crossroads. Will we continue to lose wildlife or will we roll up our sleeves and work together to save it? In this powerful book, Lowell Baier explains how private landowners can secure a portfolio of incentives to conserve wildlife on their property, while navigating the ESA and related laws and regulations. 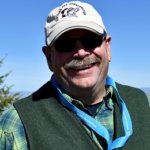 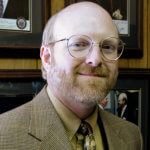 Every farmer, rancher or small businessperson knows that to do a job, you need the right tools. In this well-written book, Lowell Baier lays out the tools that private landowners can use to carry out voluntary conservation on their land to benefit at-risk species. This guide explains how landowners can prepare a conservation plan, sign up for payments under the federal Farm Bill, avoid the pitfalls of the Endangered Species Act and everything in between. 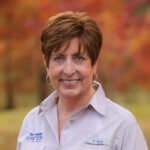 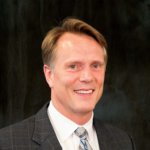 Saving Species on Private Lands is a timely and valuable resource for landowners willing to engage in the greatest conservation effort of all time. Lowell Baier deciphers voluntary conservation and helps landowners use proven tools to make smart decisions leading to real conservation. His vision of the natural harmony that can exist between people and wildlife on working lands will inspire and empower the rising generation of conservation leaders. 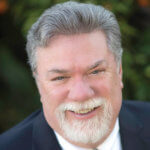 Saving Species on Private Lands: Unlocking Incentives to Conserve Wildlife and Their Habitats is a must-read book for anyone who wants to do something to help our declining wildlife. With information on financial resources for conservation, technical assistance for landowners, and the legal and regulatory landscape of conservation, the book clearly lays out opportunities for working landowners to step up and conserve wildlife – without hurting their businesses in the process. 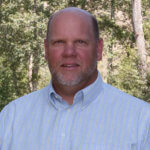 This comprehensive, exhaustively researched book contains everything a farmer, rancher, forester or other landowner needs to understand how government, private funding and technical assistance can help them improve the wildlife conservation value of their land. 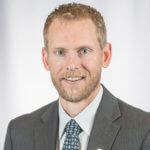 As the world confronts the sixth great extinction crisis in its history, thousands upon thousands of landowners are working voluntarily to reverse the decline of countless at-risk species across the United States. This book examines their efforts, documents their successes, and provides a roadmap for more to follow in their footsteps. The importance of voluntary conservation on private lands cannot possibly be overstated, and Lowell Baier’s book could not be more timely. 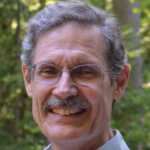 Conservation happens when we stop fighting those who hold different opinions about endangered species. It happens when we invest that time and energy to design and implement management actions to help wildlife. This book tells us how to do that. 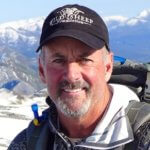 Aldo Leopold once wrote, ‘Conservation will ultimately boil down to rewarding the private landowner who conserves the public interest.’ Lowell Baier’s Saving Species on Private Lands: Unlocking Incentives to Conserve Wildlife and Their Habitats will reinvigorate this truth by decoding what has become a complex labyrinth of laws and policies that disincentivize landowners and distance them from the agencies that actually have the tools and resources to help them achieve successful conservation on their lands. Without a pathway, it’s hard to get anywhere. This text provides a pathway and couldn’t be more timely. 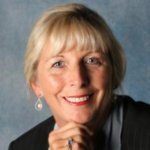 Farmers and ranchers are the original environmentalists, but our polling data shows that they don’t like dealing with regulatory burdens that sometimes make stewardship more difficult. The book Saving Species on Private Lands: Unlocking Incentives to Conserve Wildlife and Their Habitats is a practical guide for landowners trying to navigate the often complex regulations surrounding the Endangered Species Act. Plus, readers will gain a better understanding of how different types of public and private funding, along with technical assistance, can help protect and conserve wildlife.